I’m a sucker for anything that involves potatoes: chips, fries, mashed, baked, in soups, as a side, as a main course. (Not stews though, wouldn’t want to mislead you.) So when I saw this blog post by Bon Appétit about domino potatoes and the bloggers who made them, I felt dizzy. Yet another method for baking potatoes? Get out.

Initially I felt a sense of “oh, no, this looks complicated” descend upon me as I read through the recipe. After all, the mandoline I’d bought in July of 2010 had never seen the light of day. I only remembered I owned it because I’d organized my kitchen a few weeks back. But since my dad the engineer was visiting for the afternoon, I figured if I couldn’t make heads or tails of the mandolin, then certainly he could. Which he did, although I also sliced one potato with a knife and you know what? It tasted just as good as those fancy-schmancy mandoline-sliced potatoes. 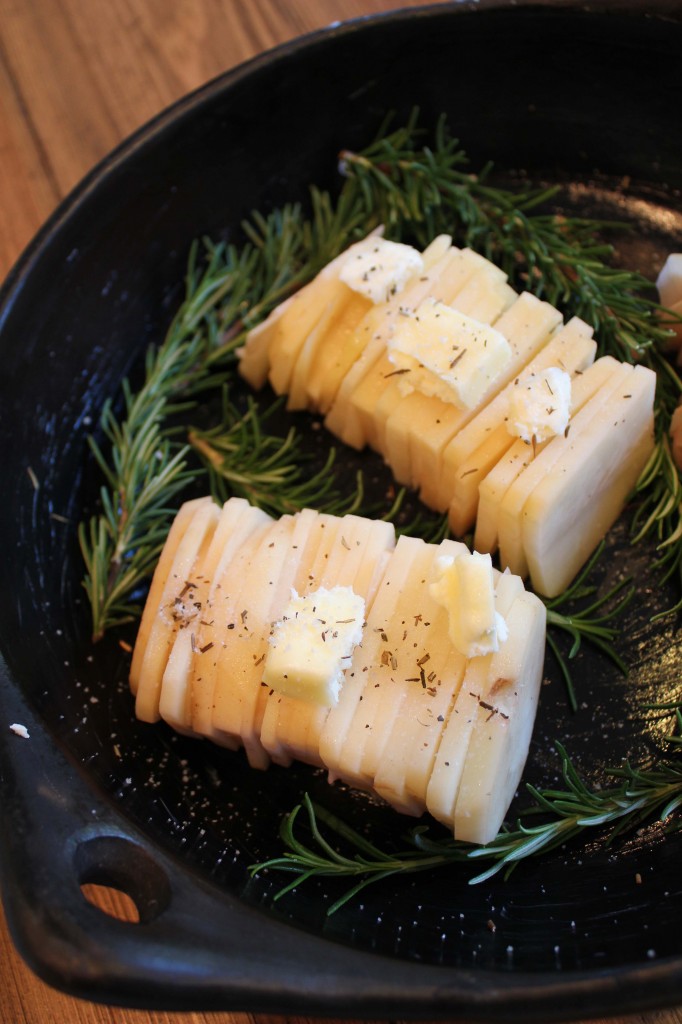 In theory, the recipe called for inserting a bay leaf between each potato slice. That sounded like medieval torture to me so I instead threw a few sprigs of fresh rosemary into the baking dish and hoped for the best.

Which is exactly what I got: the best potatoes I’ve had in ages. Simplified here for your cooking pleasure.

Adapted from a recipe by Bon Appétit.