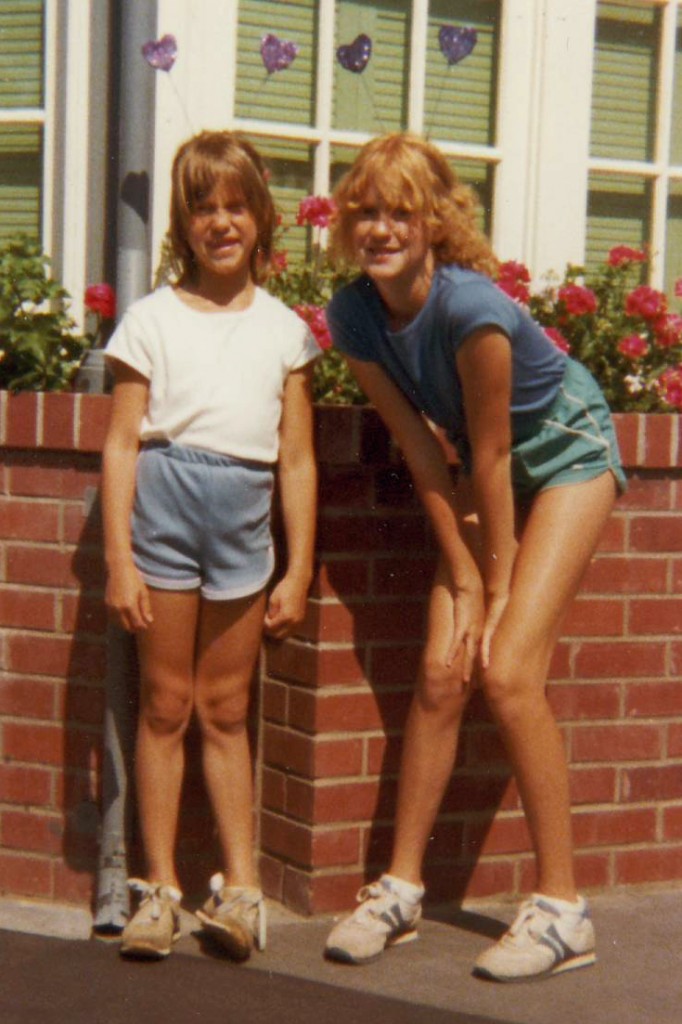 With Cindy at Great America, circa 1983

I was first introduced to the ritual of comfort food in the sixth grade. My parents were newly divorced and my younger sister, Cindy, and I were learning how to navigate on our own in the brief time span between the school bus dropping us off at home, and the garage door raising high to invite my mom home at the end of her work day. Every day, our snack was the same: microwaved nachos.

The microwaves of the early 80s were behemoths; ours was a novelty barely contained in the spot between the double ovens and the stovetop, a space meant for knickknacks that now harbored an appliance that could easily serve as an end table.

My process for making nachos never varied. I only used Doritos regular tortilla chips, a flavor they dropped years ago in favor of Technicolor Cool Ranch and the like. I’d chop off a slab of mild cheddar cheese then cram it into the chamber of our hand-held cheese grater, turning the crank until a pile of shredded cheese emerged. Then I’d yank out a plate while surveying my ingredients, all two of them.

The bottom layer of the nachos was critical and required a double layer of chips to absorb the grease of the cheese. From there, I fashioned a pyramid of cheese and chips, alternating layers until I’d created my masterpiece. At the sound of the microwave door opening, Cindy hustled into the kitchen to watch as I set the plate in the oven before shutting the door and turning the knob to a five-minute bake.

We were helpless with hunger as the clock counted down, the final shreds of cheese morphing into molten lava that smothered the chips in their gooiness, the oven’s fan blowing our hair into our matching brown eyes. While the nachos cooled, I snuck two Cokes from the garage fridge, wrestling off the tab-tops before fizzing each can into glasses.

Maybe it was the microwave. Maybe it was our first brush with after-school freedom. Or maybe it was those salty chips, soggy yet sturdy beneath their burden of molten cheddar. I can still feel the fizz of the first sip of Coke, bubbles tickling my nose as the ice clunked against my teeth. Those nachos were a celebration, a discovery of the sheer joy of cooking for pleasure, for comfort. Whatever it was, those nachos were, and still are, the best I’ve ever had.