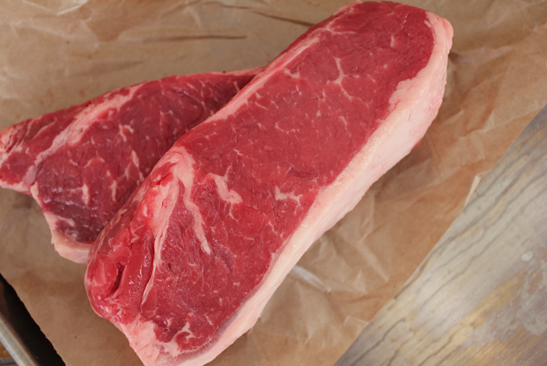 Filet mignon is, by my way of thinking, a special occasion kind of dish, one that celebrates life’s victories, even those as seemingly minor as gathering a far-flung family together for the same meal.

Until I became seriously devoted to cooking at home, steakhouses were my only source for a truly divine filet mignon, prepared Pittsburg Style if the chef was familiar with the method; otherwise, rare would do. It never occurred to me that I could recreate this dish at home, where, I assumed, I was limited heat-wise by the home cook’s stovetop and oven.

That all changed the day I saw Ina Garten prepare steakhouse steaks on her show, Barefoot Contessa. As with all things Barefoot, she made the method so simple, it would be a sin not attempt this one at home. The result? Steakhouse perfection.

This is an intimate dish, designed for two (or maybe one) because the method prohibits preparing more than two steaks at a time. You’ll need a large 10-12″ cast iron skillet; Lodge sells pre-seasoned workhorses for less than $20 online. And since that’s less than the price of one meal at even the most pedestrian of steakhouses, you’re already ahead of the game. This recipe works equally well with New York strip steaks.

If you want to go all out, check out Ina Garten’s original recipe; she’s not afraid of salt or butter, and even suggests a lovely creamy cheese sauce as an accompaniment. My version is less extravagant but nonetheless has Mr. Gonzo licking his plate clean. 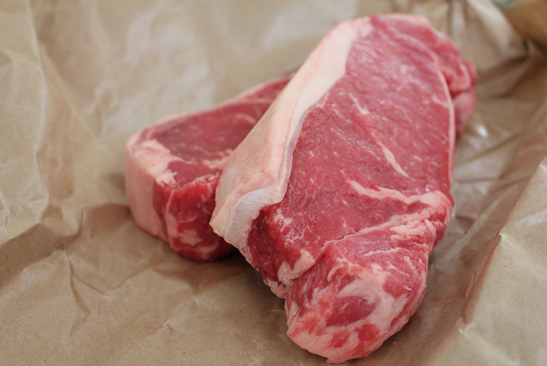 If you’re feeling French, serve with my version of Gwyneth Paltrow’s baked fries.

Adapted from a recipe by Ina Garten.